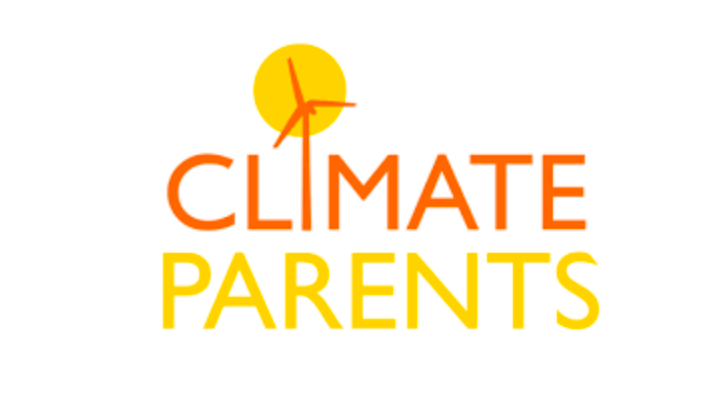 Do you support renewable energy in Radnor? Sign the petition and share your voice! See the link at the bottom of the article.

2020’s Earth Day is not what the world planned for. The climate strike community hopped to carry out the biggest strike to date, bringing eleven million people to the street in protest. Today Radnor faces a similar setback in moving towards a more sustainable community. The Board of Commissioners, with the guidance of Radnor’s Green Team, was scheduled to publish the energy transition plan, outlining how the township will transition to 100% renewable energy by 2050, as they resolved in February. The commissioners intended for the plan to include financial impacts, equity metrics, potential financing mechanisms, and important stepping stones for completing the transition. Instead, because of crises related to the ever-growing pandemic, the Board of Commissioners has not met this deadline.

The proposed transition to 100% renewable energy was sparked by a nationwide effort led by the Sierra Club, attempting to transition America’s communities piece by piece to all renewable energy sources by 2050. The movement has already prompted 120 US cities to commit to 100% clean energy in the next fifty years, including Philadelphia. Working simultaneously and collaboratively with Ready for 100, the Climate Parents campaign, a sub group  within the Sierra Club, is focusing on getting school districts, specifically, to commit to 100% renewable energy.

Renewable energy, also referred to as clean energy, comes from natural sources or processes that are constantly replenished, including wind, hydropower (water), geothermal, and biomass energy. Only about 500 years ago, humans turned to non-sustainable, cheaper energy sources, such as coal and, recently, fracked gas. These non-renewable forms of energy have existed since prehistoric times — by tapping into them we are depleting a finite supply. Despite the limited resources, motivated by immediate financial gain, the fossil fuel industry continues to drive down a runway which it hopes will lead the global economy to a state of prosperity. Instead, the runway is channeling us towards a cliff, where we will plummet into an economic and environmental catastrophe. However, predicting exactly when the industry will reach the ledge, or exhaust all the world’s natural resources, is more challenging than one might think — our view of the cliff is obscured by a smog of uncertainty.

When predicting our natural resources’ date of exhaustion, scientists often reference Hubbard’s Peak Theory: in any region fossil fuel production will evolve in the shape of a bell curve, increasing with the discovery and advancement of resource-extraction technology, and tapering off with the resource’s depletion. For scientists, the name of the game in predicting when we will run out of resources is identifying when the world will reach peak oil production, after which our natural resource production will fizzle out. Though Hubbard’s hypothesis is practical in theory, its application is flawed. Hubbard himself predicted the world would reach peak oil extraction around the year 2000, yet production continues to rise. Scientists struggle to pinpoint the date because fossil fuel availability is constantly fluctuating. We keep finding new oil reserves, and, with new technology, resources that were previously unreachable become available.

One common estimate of how long we will be able to continue in our fossil fuel extraction stampede is Reserves-to-Production (R/P), which uses our current known reserves and production to calculate how long we will be able to continue on the same trajectory. According to the oil company BP’s Statistical Review of World Energy 2016, current coal production can continue for 114 years, natural gas for 52 and oil for 50. This calculation, however, like Hubbard’s, is also subject to fluctuation as our available fossil fuel reserves and production capacity evolve.

The estimation of when we will run out of resources becomes moot when considering the far more imminent danger associated with burning fossil fuels: climate change. The burning of fossil fuels releases greenhouse gasses, trapping the sun’s warmth in the Earth’s atmosphere, increasing the global average temperature. To abide by the UN Paris Agreement, aiming to prevent the global average temperature from rising past two degrees celsius, two-thirds of the world’s currently known natural resource reserves must remain unburned. The world’s constant need for energy will only continue to grow, thus, to limit our carbon output and supply enough energy, we must look towards renewable energy sources. Luckily, in recent years we have harnessed the technology to efficiently produce enough renewable energy to rival that of non-renewable sources: today, renewables account for about 11% of total U.S. energy consumption and about 17% of electricity generation.

The Sierra Club chose to focus on transitioning school districts to renewable energy, as a part of its bigger sustainability plan, because of public education’s vast energy consumption. As The Sierra Club’s research shows, the square footage of the buildings and land managed by school districts amounts to half the square footage of commercial office buildings across the country. Additionally, Transitioning all public school districts nationwide to clean energy would be the equivalent of removing one in seven gas cars off the road. Sarah Turbow, the Distributed Organizer of the Climate Parents Campaign, stated in an interview that “Oftentimes people get really overwhelmed by the amount of work we need to do to save our planet. This is a concrete meaningful way, accessible for people to move their local community to clean energy”

The hallmark of the ever-growing sustainability movements, including the Sunrise Movement, Climate Strike Circle, Climate Parents, and Ready for 100, is the grassroots nature of the organizations. “More and more people are taking action on a local and state-based level,” Turbow said. For anyone willing to push their community towards clean energy, the Sierra Club displays its instructional handbook front and center. With just a little encouragement and guidance, average citizens have formed a nationwide movement dependent on small individual-community-based changes.

In Radnor, the push for renewable energy started similarly. Residents Sarah Pilling, Robin Mann, and others started to advocate for renewable energy in Radnor, and in recent years have received help from high school students Ali Bauer and Becca Zajac. “Our future is in clean energy,” Becca stated in an interview. “Renewable energy is a way to help ensure our population’s health and safety,” Ali added. Together the two students started the club Action Earth at Radnor High School, working to promote sustainability in Radnor.

In February of this year, the efforts paid off, when the Radnor Board of Commissioners agreed in a 6-1 vote to transition to 100% renewable electricity by 2035, and complete 100% clean energy by 2050. The only dissenting voter, Richard Booker, claimed that the resolution is “merely the latest socialist attempt at massive government intervention in our lives,” and went on to express concerns about the cost and practicality of renewable energy, as well as the “huge and ungainly” nature of windmills. Other commissioners expressed their support for the transition. As Turbow affirmed, “the best way to curb the climate crisis is to electrify as much energy possible and make sure enough electricity is coming from renewable sources as possible.”

For Radnor, the next step in becoming a more sustainable community is extending the goal of clean energy to the school district. A subgroup of Ali and Becca’s club at the high school has been working specifically on the Climate Parents campaign, through gathering information and public support. Soon, the Radnor Climate Parents movement hopes to pass the resolution through the school board, committing Radnor school district to 100% renewable energy.  As Ali stated, “Ultimately [climate change] is something that will impact us in a way that the other generations will not be able to relate to.”

The district’s leaders have, in the past, showed interest in improving Radnor’s sustainability, mainly through construction projects: the governor granted Radnor Elementary School completed in 2001, the “Award for Environmental Excellence,” and in 2012 the U.S. Department of Education deemed Radnor Middle School a Green Ribbon School for its sustainability efforts.

To continue the momentum of past sustainability successes, with the turn of the decade, Radnor must look to earn recognition from new green efforts. As stated on the Radnor school district webpage, “RTSD is consistently recognized as one of the finest school districts in the nation.”  If Radnor hopes to maintain this consistency and standard of excellence in the realm of sustainability, the School District must heed the call of citizens and commit to transitioning to 100% clean energy. If you support renewable energy in Radnor, sign the petition linked below: