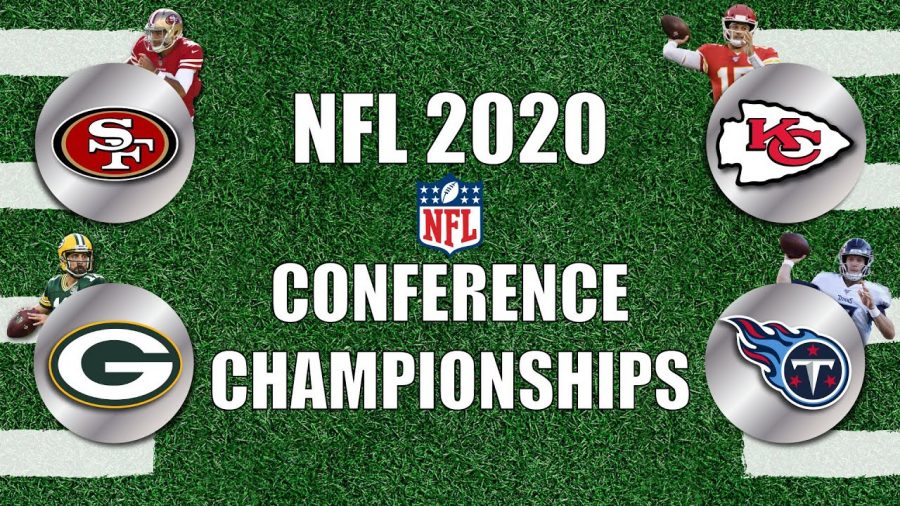 Derrick Henry has emerged as the star of the playoffs thus far, with his combined 377 rushing yards over the past two games providing the spark for the Titan’s fairy tale run to the conference title. His past two performances came against the 5th and 6th ranked rush defenses in Baltimore and New England respectively, and now he matches up against the Chiefs’ subpar 26th ranked run defense. With quarterback Ryan Tannehill’s deep ball improving, the Titans offense is playing at its peak level of dominance, which it will need in order to match the explosive Chiefs’ offense. The Titans allowed 530 total yards to Lamar Jackson’s Ravens, with their defense bending but not breaking—but 500+ yards to Patrick Mahomes and his band of dynamic skill players is not allowable in order to win. In a battle of two offenses playing at the top of their games, the Chiefs will outlast the pesky Titans and contain the beast that Derrick Henry has become.

In coach Kyle Shanahan’s three year tenure with the 49ers, he has assembled a truly fantastic team, led by a young quarterback playing like a veteran and a defensive core of some of the league’s best in every position. Jimmy Garropolo, former understudy of Tom Brady, has been flanked with reliable targets such as running back Matt Breida, veteran receiver Emmanuel Sanders and tight end George Kittle, comprising a core of an offense that finished in the top half of the league in all offensive yardage categories, including the league’s second best run game. Rookie Nick Bosa and cornerback Richard Sherman have helped the 49ers’ defense to become the second best in the game, allowing a mere 282 yards per game. In short, the 49ers are a juggernaut, and too much has to go right for Aaron Rodgers’ Packers in order to even compete with the best team in football.

There is no denying that on both sides of the ball, the 49ers are a running team. Sporting the most versatile backfield in the entire NFL and a top three run defense, San Francisco is gonna make you beat them through the air. Luckily for the Kansas City Chiefs: that is what they do best. Patrick Mahomes is going to have to ride his momentum and rely on his arm to carry Kansas City to a victory. Unfortunately, even if Mahomes is able to shine offensively and pile on early points, the Lombardi Trophy is gonna end up in San Francisco. After going 4-12 in the 2018-19 season, Kyle Shanahan turned this organization around by adding talent all over the field, and now San Francisco is playing for the Super Bowl. If the resolute 49ers defense can keep the increasingly capable Jimmy Garoppolo on the field, and he is able to utilize his talented pieces, there is no doubt the best run game in football will do the rest and the 49ers will leave Hard Rock Stadium as champions.

Four touchdowns in nine minutes, fifty one points in three quarters, eight and a half yards per play, only four team penalties—you can’t make those numbers up. Patrick Mahomes and the Chiefs’ prolific offense are a machine built to be unstoppable. Even in the bleakest of moments, Mahomes was able to execute coach Andy Reid’s gameplan, and the defense buckled down by only holding the Texans to ten points over the next three quarters. On the opposite sideline you have Aaron Rodgers, whose name is enough to petrify opponents. Being one of the most talented quarterbacks and game managers of all time, he has one Super Bowl under his belt and his flanked with a super star running back in Aaron Jones.  Rodgers has always had talented weapons, but the difference this year is his defense, with the Packers possessing a front seven that is sure to pressure Mahomes. Unfortunately for cheeseheads, the Packers defense is too inconsistent, and Andy Reid’s star-studded offense does not look like slowing down. Questions about the defense are fair, but the strong safety core of Tyrann Mathieu and Daniel Sorensen have shown the ability to exceed expectations and have been disciplined all season long—even against quarterbacks of Rodgers’ caliber.

The least likely of the four potential matchups according to FiveThirtyEight.com’s predictions, the Titans’ run game has the potential to pull off the ultimate upset on the world’s biggest stage. The Packers have the 23rd best run defense in the league, and in their past playoff game allowed nearly five yards a carry, a number to be exacerbated by Derrick Henry. The Packers on the other hand, will be throwing into a red hot secondary led by safety Kevin Byard, whose five interceptions on the year had him tied for fourth in the league. Aaron Rodgers will have to play his absolute best to quell the Titans in this unlikely, yet possible, Super Bowl matchup.

The 49ers’ run defense is terrifying, with a lineman core consisting of defensive rookie of the year hopeful Nick Bosa, Dee Ford, and DeForest Buckner, all of whom had career-defining seasons. The 49ers’ offense is also scary good, amassing the fourth most yard per game. The Titans have had a meteoric rise, but against this year’ best team, the weaknesses in their run defense will be exploited and the dominant 49ers will have their first Super Bowl in 25 years.