Getting to Know One of Covid-19’s Many Victims: Dow Jones 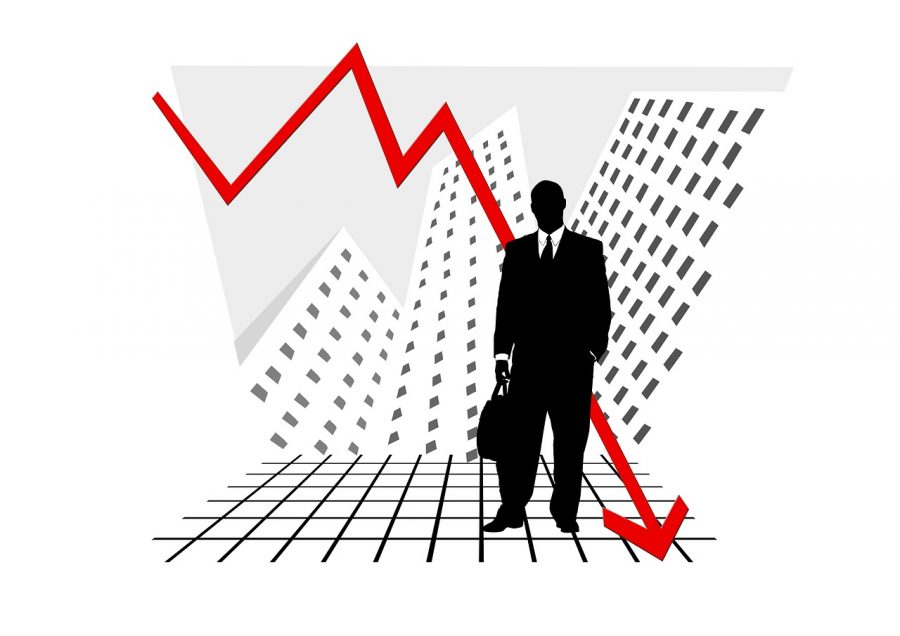 During this period of social distancing, the news has been on almost constantly in my house. Everyday the updates flashing across the bar on the bottom of the screen are a slew of numbers: the amount of cases, deaths, students out of school, restrictions in place etc. In the daily three o’clock update given by the government, all of those numbers go up- except one. The stock market has plunged day after day, with small recoveries that are diminished the next time it opens.  You’ll see worried looks cast across your parents’ faces, as they whisper about percentages or points, all because the Dow is down. But what really is the Dow Jones and why are people concerned?

Before I inquired with my own parents, I had no idea how the stock market worked or what the Dow Jones Industrial Average was. To begin, the stock market itself is a place where people can invest in companies with the hope that these companies will turn a profit  and the money they invested will grow. The Dow itself is the industrial average of thirty of the largest companies in the market and how their individual stocks are doing. Even if you don’t personally invest, the Dow is a good representation of people’s faith in the American economy. When companies are doing extremely well, their stocks gain value, so the Dow goes up. If it is clear that a company may not make good profits, people are eager to get rid of that stock and sell for lower prices, resulting in the Dow going down.

So why is the Dow dropping right now? In our COVID-19-ridden-world’s current state of social distancing and self-quarantining, many companies must halt or slow production, whether it be due to shipping restrictions or allowing their workers to stay home. Just recently Ford and other auto companies announced a stoppage in all of their North American manufacturing. With this standstill in production, it is clear that Ford will not be making any money, causing the value of their stocks to drop, dropping the Dow as well. Another section of the market clearly being affected is airlines and hotels, as travel is either prohibited or not worth the risk to many looking to stay safe.

As more and more companies begin to be affected by the coronavirus, the drop in the stock market affects more than just those that invest in it. If companies aren’t making gains, they could be forced to lay off workers temporarily. On Tuesday, Treasurer Secretary Steve Mnuchin warned that America’s unemployment rate could grow to 20% as the pandemic halts profits. To investors, this is a signal that the economy is not growing, but in fact shrinking, making them reluctant to put their money into the market.

While some may lose their jobs, others who invested are losing the savings that were supposed to sustain them later in life.  Many Americans have a certain portion of their money in the stock market to build savings for retirement. When the market is doing well, the money that they will have access to later in life grows. However, as stated, the market is plunging. For people who are in the same age group as our parents, there is time for their savings to rebound and luckily, they are not currently dependent on that money. But for others in an age group closer to our grandparents, they don’t have that luxury. Many seniors have their money in so-called “safe” investments, but even those are being affected.

Much younger Americans have also been impacted. Some may have college funds, dependent on the market, whose values are going down daily. Those already in college that have been sent home have very limited job opportunities available. Restaurants have no need for greeters or servers, stores like Target won’t hire as customers are lacking, and no parents need a babysitter while working from home.

People are scared, and they are allowed to be. So far all that I have covered has been negative. Nevertheless, it is important to remember that the stock market will ultimately recover, just like it did in 1987 and 2008. Companies will resume production and jobs will open up again. While this period of social distancing may be frightening and frustrating, it is there to ensure that the ramifications of the coronavirus will not be prolonged, so that life can return to normal as soon as it is safe. All you can do is follow the guidelines to your best ability and make good decisions.