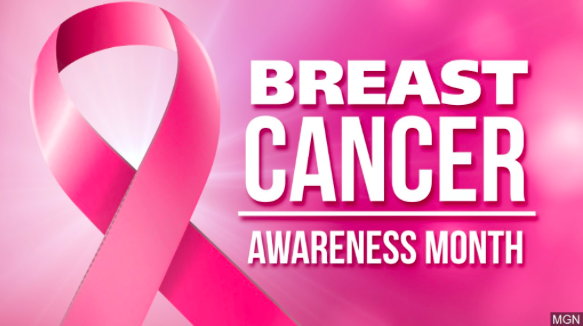 This October marks breast cancer awareness month, which sheds light upon the chronic disease that affects millions of people every day. Here at Radnor, we are spreading awareness about breast cancer through our Pink Out on October 30th and informing the community about how it affects the lives of millions of people throughout the world. For further information about the school’s upcoming Pink Out, look below:

Breast cancer is a chronic disease that starts when your cells grow out of control and your cells’ DNA gets damaged; and although most people believe that breast cancer only occurs in women, there is a small percentage of cases that show up in men. Every year, an estimated 275,000 people get diagnosed with breast cancer, making it so common that 1 in 8 women are expected to get it at some point in their lifetime. In terms of how they get it, scientists don’t know the exact causes and it’s nearly impossible to pinpoint what affected a single patient; but some studies have shown that a cause is drinking alcohol, however most causes are out of our control such as having a family history of cancer. Someone that has breast cancer often experiences discomfort, redness, swollen lymph nodes, lumps, and even bloody nipple discharge, but some cases don’t show any symptoms at all. For those with breast cancer, there are fortunately a few forms of medication such as chemotherapy, radiation, and surgery; yet despite those, over 42,000 people still die every year from the disease. If someone dies from breast cancer, it’s typically from metastatic disease to various organs, where cancer cells travel through the bloodstream of the lymphatic system and infect other regions of the body, which can be extremely overwhelming. On the bright side though, there are millions of breast cancer survivors and thousands of scientists are working on a cure every day. Here at RHS, we are going to recognize breast cancer for what it does and how it affects millions of lives by encouraging all students to wear pink on October 30th.

On October 30th, 2020, Radnor High School will be hosting a Pink Out!
We highly encourage all students to wear pink to bring awareness to those battling against breast cancer
You can participate both online and in school