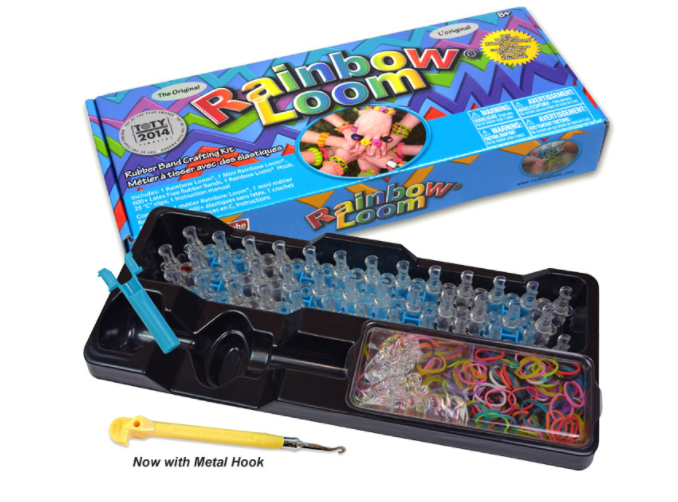 Every year, certain popular trends always blow up and  create a large and connected community. From rubix cubes to TikTok, millions of people become obsessed with these trends to the point that some people are even able to create a living out of them. Come and take a walk down memory lane and look at some of the greatest trends over the past decade.

Top Trends of the Last Decade

Launched in November 2006, Nintendo released a fun and interactive console that allowed people of all age groups to play. Reaching its peak in the early 2010’s, the Wii became a global sensation with hundreds of games ranging from Just Dance, a fun dance game which truly seemed like a workout routine in disguise, to Super Mario, an adventure game where the final boss is a spiky turtle. People loved these games and still get nostalgic when thinking of them. Wii’s advanced and easy to use technology attracted a huge range of customers. With only 9 buttons on the controller, this new motion-sensored controller would take around 5 minutes for someone to learn to use it, which was way more simple compared to other controllers at the time. Since it was so basic, it attracted a new audience of non-gamers. When the Wii first came out, Nintendo couldn’t meet the demand for over a year, because they hadn’t been expecting such a success. Unfortunately, the Wii’s popularity began heading towards its end as its last game, Just Dance 2020, was released on November 5th.

Rainbow Loom became what can only be described as a young kids’ true passion. It was a creative outlet of creating bracelets, necklaces, and more with only small plastic tools and a colorful array of rubber bands. Kids would get a kit containing a Loom, Metal Hook, mini rainbow loom rubber bands, and clips for only around $15-$20. Online, kids could find hundreds of videos on how to make different designs like the fishtail, triple single, and starburst bracelet. However, if they were masters of the craft, then they already had the crafting sequence memorized in their heads. The final product was a colorful and complex bracelet or necklace that could be showcased in the Louvre next to the Mona Lisa. Some kids were even able to turn their craftsmanship into a profit by selling their work. Despite this, the rainbow loom’s popularity came to an end as kids started to get tired of the repetitive designs and other trends were starting to stir up.

In 2014, a surprisingly wholesome trend came about known as the “Ice Bucket Challenge’.’ After completing the challenge, the partaker would also nominate a few other people to participate. With this process of nominating others, the trend went global. Unlike other trends, this one had a bright meaning. Started by the founders of The ALS Association, Pete Frates and Pat Quinn, the challenge strived to bring awareness to amyotrophic lateral sclerosis, the same disease that Stephen Hawking had. Throughout 2014, many celebrities ended up doing the challenge including LeBron James, Bill Gates, Chris Pratt, and Oprah. The virality of the ice bucket challenge helped The ALS Association to raise over $220,000,000 worldwide, more than double the previous year. This helped to not only show the world what struggles people with ALS go through, but also what we can accomplish together.

The Rubik’s Cube is a three-dimensional puzzle with different arrays of colors with over a hundred different variations of patterns. Despite its popularity rising amongst the youth generation 5 years ago, the mind-boggling puzzle has been around since 1974. Back 45 years ago, the Rubik’s cube was a true mystery and completing it within a half hour was worthy of high praise. This craze began international competitions where people from all over the world joined to complete the cubes in record times in hopes of becoming the world champion at solving Rubik’s cubes along with a $30,000 cash prize. This tradition of international competitions has not changed, but rubix-cube masterminds’ speed has. While completing the cube within a half hour was impressive a few decades ago, the record time for solving a 3x3x3 Rubik’s cube today is only 4.22 seconds by a 25-year-old Australian named Felks Zemdegs. At the time of the trend, many clubs were started at schools and got more people involved in the rubik’s cube community. In schools such as Radnor, Rubik’s Cubes were found everywhere. A true mastermind could even draw a crowd to watch them solve a rubix cube in a matter of seconds. Despite the global obsession coming to an end you can still find them in stores all over the world.

Musical.ly hit top trends in 2015, where the app started to become popular amongst young children and teens. The main goal of the app was for people to lip sync with their favorite songs, including a few hand motions while filming. Songs such as Stressed Out by Twenty-One Pilots, Closer by Chainsmokers, and multiple others became popular through the app. People could publish their videos, and enjoy others’ videos as well. Popular artists and creators on Musical.ly are Jacob Sartorius, Baby Ariel, Lisa and Lena, Liza Koshy, and many more. All the buzz ended in 2017, when Musical.ly transformed into Tiktok, which has an even bigger impact on teens today.

Slime was a big craze in 2015. Slime is a gooey substance that kids can swirl around, stick their hands in, poke, prod, and lots more. It was made of glue, water, and an activator such as borax or eye contact solution. Many things were added to slime, such as floam, glitter, clay, color, scents, and lots more. Each added item created different textures. For example, clay would make slime  smoother and less sticky or floam would make it crunchier. Kids would play for hours with their slime, sitting and poking it and even making bubbles in it. The pure feeling of slime is what made it so intriguing for kids both young and old. Soon, kids would bring it everywhere, to school, friends’ houses, some kids even started to sell it. Eventually, teachers realized how messy the slime was , and banned it from being brought to school. This upset many kids, for their slime-trading businesses were shut down.  The craze soon started to die down, but some kids still do play with it today

The Mannequin Challenge was one of the largest trends on Musical.ly. Many people would create large scenes of action to make it seem more exciting. All a person had to do was make a pose and freeze while someone would film a video of the group all together frozen, hence the name “mannequin challenge.” The iconic song used for this challenge was “Black Beatles” by Rae Sremmurd. The trend grew so popular that celebrities such as Adele, Steph Curry, and James Corden participated. Like all challenges and trends, it only remained popular for a few months and died down as a new Internet phenomenon arose.

Although most people cringe at the sound of its name, Fortnite was easily one of the most popular games from 2017-2018. Fortnite is a multiplayer game where you control a player in a Hunger Games-like scenario. Players would jump off of a bus, and get materials to battle others until only a few are left alive. In the final battles, the toughest and strongest fighters use their gathered materials to build structures and use their weapons to eliminate the remaining players. If you are the last person alive, you win the game and get a “Victory Royale,” which was a big deal back in 2017 and 2018. During these days, Fortnite had hundreds of millions of players worldwide including a large handful of Radnor students. Today, the number of players has drastically lowered, but there are still millions of players and you can still buy it in most online stores.

TikTok is one of the largest trends present today. It started in 2018, after taking over from Musical.ly. The app started out with the same concept, to lip sync songs, but eventually grew into people dancing. In 2019, the infamous “Renegade” dance came out, promoting the app’s growth and spreading across the country. Famous icons from the app include Charli D’amelio, Bella Poarch, Addison Rae, Lil Huddy, and many more. Most of those people’s fame came directly from the app, as opposed to already-famous people on TikTok like Jason Derulo . Most people enjoy TikTok for its “for you page,” which recommends videos to the user. These videos range greatly, from styling tips to people dressing up as a rat and running around the streets of New York. Some recent trends from the app over the past year include the ghost challenge and the TikTok “Ratatouille” musical, where people obsessed over the movie, “Ratatouille,” and eventually created songs, costumes, and even staging to create a full Broadway production about a rat all through one app. There are even different sides of TikTok, such as “alt” TikTok which had chaotic videos, “straight” TikTok which was composed of regular dancing and lip syncing videos. The sides of TikTok have grown beyond just straight and alt, for the person’s account can have their own unique “for you page,” filled with fashion, beauty, Ratatouille TikToks, and some other very bizarre videos. So much can be found throughout the platform, and for people new to the app or for those who don’t have it, it can be very confusing to understand what happens there. The app has a large presence of teens and young adults, though various ages can be found on the app. TikTok is now one of the largest social media platforms for young adults.. New trends, dances, and cultural ideas continue to rise from the app, and it looks like it is not going anywhere anytime soon.