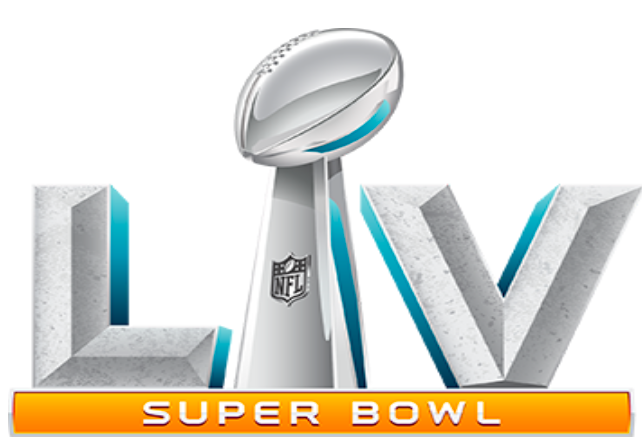 It’s Generation X vs. Generation Z. The Old Man vs. the Kid.  The G.O.A.T. vs. his possible successor.  Tom Brady already has three rings for each of his hands, and is looking to end the G.O.A.T. conversation once and for all; can he win with a team other than those damn New England Patriots. Patrick Mahomes, on the other hand, is trying to build a legacy of his own.  He’s gotten off to a fantastic start- winning an MVP award in his sophomore season in addition to a Super Bowl and Super Bowl MVP in his third- but beating out the Tampa Bay Buccaneers would do wonders to his odds of dethroning Brady as the eventual greatest of all time.  When all is said and done, Brady and Mahomes may be the two best to ever do it, and this may be the only matchup we see between the two (considering that one of them is 43 years old), so both of them better make the most of it for themselves and their teams.

Matchups to Look Out For:

Earlier in the season when these two teams met, Tyreek Hill had a monster day with 269 receiving yards and 3 touchdowns on 13 receptions, including 203 yards and 2 touchdowns in the first quarter alone.  And who was the victim of Hill’s record-setting day?  None other than Carlton Davis, the third-year product out of Auburn who was forced to press up on Hill for much of the game, and learned quickly that Hill is sort of fast.  But this time around, things may be a little different.  Davis has been on fire recently, coming off a Divisional Round game where he absolutely locked down on Michael Thomas, causing him to finish the game with 0 receptions (a first for Thomas’ career), and an NFC Championship where he held (arguably the best receiver in the league) Davante Adams to just 67 yards and a touchdown.  Also, with two weeks to prepare against the Chiefs, expect Defensive Coordinator Todd Bowles to draw up some creative coverage plays to help shut down “Cheetah.”  But Chiefs Head Coach Andy Reid and Offensive Coordinator Eric Bienemy will likely have some tricks up their sleeves as well, and will find ways to effectively get the ball in Hill’s hands.

Arguably the biggest strength of Patrick Mahomes is his immunity to the blitz, and he has actually posted a higher career passer rating when being blitzed, as opposed to plays in which he is not blitzed.  He led the league in ESPN’s QBR at 96.8, and just about every team in the league has caught onto Mahomes’s ability to make throws when under immense pressure, blitzing Mahomes just 21% of the time (the third lowest mark in the league).But Todd Bowles’s crew likes to put the heat on  opposing quarterbacks, rushing additional defenders 38% of the time, the fifth most in the league.  Edge defenders Jason Pierre-Paul and 2019 sack leader Shaquille Barrett like to get off the line of scrimmage quickly, and sacked Aaron Rodgers a total of four different times in less than four seconds per NextGenStats (the duo had five sacks combined, accounting for all of the Buccaneers total sacks).  With starting tackle Eric Fisher out with a torn achilles and All-Pro tackle Mitchell Schwartz’s status looking murky, the pocket will probably collapse on Mahomes many times during Super Bowl Sunday, and he will be forced to work his magic with his banged up offensive line.

Against a sneakily stellar offensive line, Kansas City Defensive Coordinator Steve Spagnuolo will have to make sure that his unit gets to the old man quickly and often.  At the age of 43, Tom Brady is simply unable to escape pressure like he used to, finishing the year ranked 30th in QBR against the blitz, so it is expected the Chiefs will take advantage of this.  Buccaneers Head Coach Bruce Arians will have to dial up some quick plays to get the ball out of Brady’s hands as quickly as possible.

Tom Brady will have weapons to throw to on Sunday, no doubt about it.  Mike Evans, Chris Godwin, Antonio Brown, Scotty Miller, and Rob Gronkowski bring speed, strength, and reliability whenever they step out on that field, and have proved themselves to be among one of the top units in the league.  As for the Chiefs secondary, mediocrity has defined their year, with injuries to players such as Bashaud Breeland setting them back significantly.  But on Sunday, the Chiefs defensive backs unit will finally return to full health, and we may see a different, improved secondary to what we are used to seeing from the Chiefs.  But there is one thing that we certainly know about Kansas City’s pass defense.  They know how to intercept the ball (ranked 5th in total interceptions this past season), and ball hawk safety Tyrann Mathieu (6 interceptions this past season) will help force turnovers on Brady, who has thrown the 6th most interceptions in the NFL this season.  If the Buccaneers receivers can get open, they can help Brady as much as they possibly can in terms of limiting turnovers and moving the ball down the field.

Yeah, Brady vs. Mahomes is probably the matchup we have all been waiting for.  So far, Brady and Mahomes have split games 2-2,with Brady winning their only playoff game to date. Each of these classics have been a one-score game, so expect this one to be close as well.

Keys to the Game:

For Spagnuolo’s unit, all you need to do is get the ball in the hands of Patrick Mahomes as much as possible.  He’ll do the rest.

Buccaneers: Play an Even Game for Four Quarters

If you have been watching the NFL Playoffs for the past two years, you probably know that Patrick Mahomes likes to comeback from behind.  He’s already done it to the Houston Texans from behind 24-0, the Tennessee Titans from behind 17-7, and just recently the Buffalo Bills from 9-0.  If they jump out to an early lead, Tom Brady and co. must make sure that they still are playing to the best of their ability in order to defend that lead.

Travis Kelce will have at least 10 receptions, 120 receiving yards and 2 touchdowns

Tom Brady will throw two interceptions, one to to Tyrann Mathieu and Bashaud Breeland each, turning the tide of the game

The Buccaneers will jump out to an early favorable lead, and will maintain that lead for the majority of the contest.  However, the Chiefs will slowly chip away at the deficit and eventually take a lead of their own.  Late in the game, with the chance to engineer a game-tying drive, Brady will throw a crucial interception, letting Mahomes and the Chiefs hoist the Lombardi Trophy for the second consecutive year.