Pictures of Resistance: Philadelphia’s Bans Off Our Bodies March 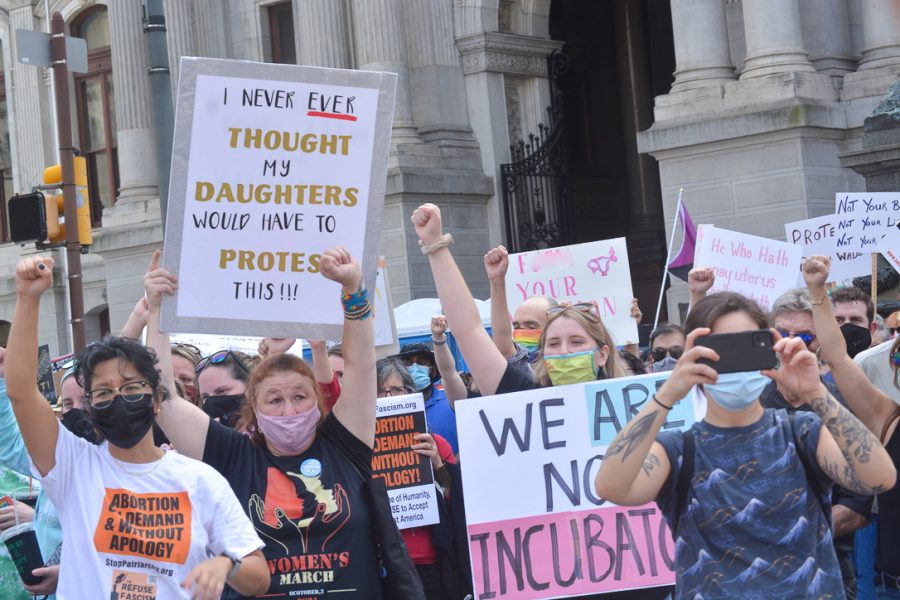 Protesters raise their fists in solidarity, promising to fight for women’s rights, especially the right to choose if they need to have an abortion.

A crowd of nearly 1,000 people gathered at the Philadelphia Museum of Art on Saturday, October 2nd, 2021 to protest legislative efforts across the country to restrict women’s access to safe and legal abortions. Texas recently implemented one of the most restrictive abortion laws in U.S. history since Roe v. Wade, making it illegal for a woman to get an abortion once a fetal heartbeat is detected, which can be as soon as 6-weeks. This early on, most women don’t even realize that they are pregnant. Protesters gathered in every state across the country, including Philadelphia, not only to support a woman’s right to choose in Texas but also to mobilize pro-choice supporters to vote and take action since similar legislation is on the horizon in many other states.

*Update: On October 6, 2021, a federal judge granted a request to temporarily halt the Texas law after the U.S Justice Department sued. The attorney general of Texas has already announced an appeal.